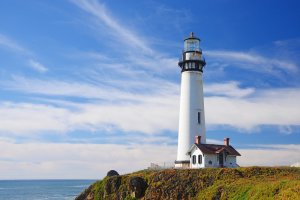 Robert E. Rochefort, age 79, of Wauseon, Ohio passed away Sunday, November 03, 2019 in OSU Wexner Medical Center, Columbus, Ohio surrounded by family members.
Robert, who most knew by "Bob", was born December 02, 1939 in Milton Center, Ohio to the late Robert H. and Myrtle (Woody) Rosenberger.   Robert legally changed his last name to Rochefort after his step-father, George K. Rochefort.  He married Gale June Hurst on August 29, 1964 and she survives.  Robert was an exceptional mechanic who worked most recently at Terry Henricks (formerly Liechty Motors) in Archbold from 1983 until his retirement in 2003.  Over the years, he  was also employed with Thayer Chevrolet, Turnpike Traveler, Deryle's Sunoco, Landmark and Al's Sales and Service.  He was a family man who loved the outdoors, and enjoyed puttering around in the garden and workshop.  He was a member of St. Caspar Catholic Church, Wauseon, Ohio.

Friends may call for a time of visitation with the Rochefort family from 4:00 p.m. until 8:00 p.m. Friday, November 08, 2019 in the Edgar-Grisier Funeral Home, Wauseon, Ohio.  Friends may also call 10:00 a.m. until 11:00 a.m. Saturday in the funeral home prior to the funeral service.  Robert's funeral service will be held 11:00 a.m. Saturday in the funeral home.  Rev. Fr. Stan Tabor will officiate.  Interment will follow in St. Caspar Catholic Cemetery, Wauseon, Ohio.

In lieu of flowers, concrete statuary, blankets and other memento gifts, the Rochefort family requests that  memorial contributions be made to:  St. Jude's Children's Hospital.  Online condolences at:  www.grisierfh.com.

To send flowers to the family or plant a tree in memory of Robert E. Rochefort, please visit our floral store.