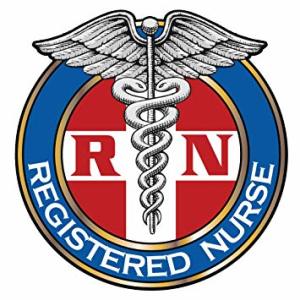 Vickey Sue (Denn) Finn, age 79,  passed away from natural causes on Wednesday, February 10, 2021 at her home in Wauseon. Vickey was born on April 23, 1941 in Wauseon to Ellet (Chauncey) Denn and I. Alice (Davidson) Denn.  She was raised in Wauseon and attended Wauseon High School graduating from the "new" WHS in 1959.  She then attended Riverside Hospital School of Nursing, graduating in 1962 with a RN degree.

Vickey married William Finn in 1963 and they were blessed with three boys,  Michael (Terri) Finn of Toledo,  Patrick Finn of Defiance, and John Finn of Denver, Colorado.  She was preceded in death by her grandparents, parents, and numerous aunts and uncles.  Vickey is survived by her sons, grandchildren, Michaela Finn, Abbey Finn, Jacob Finn, Jordan (Autumn) Finn, Colin Finn, Dekan (Sarah) Finn, and Lilly Finn,  great-granddaughter Adelaide Finn, and her brother, Sam (Sandy) Denn, of Wauseon.  She is also survived by her beloved dog, Maggie.

Vickey worked at Defiance Hospital in the ER and OB-GYN departments for 25 years and then at Shands Hospital in Gainesville, Florida for 5 years in the high-risk neo-natal unit.  After leaving Florida, Vickey was a  traveling nurse in Florida, Texas, and Arizona.  Vickey returned to Wauseon and worked at Henry County Hospital and later as a home health care nurse until her retirement in 2018.

Funeral services will be private with no visitation due to the ongoing COVID-19 pandemic.  A memorial service is being planned for family at Emmaus Lutheran Church in Wauseon. Pastor Steve Geske will officiate.

The family requests no flowers or other gifts but memorial contributions can be given to: Emmaus Lutheran Church, Wauseon, Ohio or to the Fulton County Special Olympics or to the Heartland Hospice.

Online condolences for Vickey's family may be offered at:  www.Grisierfh.com.

Edgar-Grisier Funeral Home in Wauseon has been entrusted with the funeral arrangements.

To send flowers to the family or plant a tree in memory of Vickey Sue (Denn) Finn, please visit our floral store.

You can still show your support by sending flowers directly to the family, or by planting a memorial tree in the memory of Vickey Sue (Denn) Finn
Share a memory
© 2021 Edgar-Grisier Funeral Home. All Rights Reserved. Funeral Home website by CFS & TA | Terms of Use | Privacy Policy